The humorous character images used in the closing credits of the Daria TV series. Most commonly, these are images that place one or more of the characters in unusual costumes or situations for comic effect. Characters are often made to look out of character to heighten the humor (Daria as a cheerleader, or Kevin Thompson as Sherlock Holmes), or dressed and posed in crossover settings (click the link for examples).

It was primarily the main characters and significant recurring characters who got these, but background characters The Head and Dawn managed to get some because they were popular with the animators.

The term "alter ego" also refers to a form of fan art inspired by the "official" alter egos. A large number of fan-generated alter egos are posted at Outpost Daria and Glitter Berries.

The alter egos used by MTV for Daria were often based on images from popular culture, particularly MTV-related icons of the 1990s. A number of alter egos had female Daria characters dressed and posing as pop star Madonna, for instance, based on images from her most popular music videos. Some alter egos have more obscure origins that only movie buffs might catch (e.g., Janet Barch as Marlene Dietrich, from the latter's 1930 movie, Der Blaue Engel (The Blue Angel)). Frequently, the characters appear as historical figures (e.g. Bella Abzug).

The Daria franchise has made extensive use of alter egos. The TV episodes produced dozens of alter egos, primarily for the major characters. The episodes "College Bored," "Write Where It Hurts," "Lane Miserables," and "Murder, She Snored" included brief segments in which characters appear in various crossovers and dream worlds, usually as part of Daria's daydreaming or story writing. The Daria Diaries and The Daria Database both use an assortment of alter-ego illustrations. The computer game Daria's Inferno includes many oddball alter egos.

The most extensive online collection of official Daria alter egos is at Outpost Daria, consisting of images used early in the Daria series. Late-series Daria alter egos, 220 of them and many unseen on the show, were collected at the old Daria site.

With the end credits in the movie Is It College Yet? is a series of images sometimes called future egos, apparently showing the Daria characters years after they graduate high school. Daria and Jane have their own TV show, Mack and Kevin own an ice-cream business, and so on. Though it has been stated that these images were not meant to show what "really happened" to the cast and were meant as a bit of silly fun (Mystic Spiral have joined a church choir!), they have been often used in this manner to inspire fanfiction. 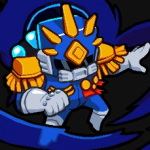